BML opened its doors in 1998 to serve the southern half of Crawford County as a branch of the Crawford County Library.  Due to state funding cuts, BML had to separate from the main library in 2011, but thanks to the diligence and hard work of the townspeople of Leavenworth (including council members John Stutzman and Whitney Timberlake) along with Leavenworth native Doug Breeden, BML survived the change and continued to flourish.

Now under the direction of librarian Tina Brison, BML is working even harder to serve its community. Expanding its reach to serve not only Crawford County, but all of Crawford’s surrounding counties, BML is creating new programs for both children and adults while maintaining its kid-friendly atmosphere and stellar Summer Reading program.

BML operates almost entirely on donations from the community. If you would like to make a donation to help with book collections, programming, or operating costs, please contact us.

Tina served BML from 2007 to 2009 as the Children’s Librarian, and she is excited to be back as the full-time director. She has enjoyed the challenge of taking BML to the next level in service while taking a larger role in the community she loves. Tina lives in Milltown with her husband, Martin, and the 2 youngest of 3 sons. She enjoys reading, writing, farming, and spending time with her family. You can reach her with questions or concerns at tbrison@breedenmemoriallibrary.org. 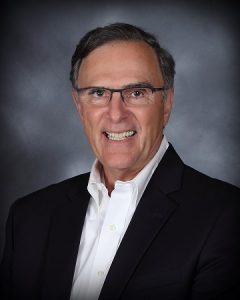 Along with being president of BML’s board, Russ Breeden has been a Board Member of ElectriCom, Inc. since 2001 and has served as Chief Financial Officer since 2014. Russ is also currently a Board Member and Chairman of the Investment Council of the Eiteljorg Museum and an Advisory Board Member. Russ has had several past positions in his illustrious work history including being a Board Member and Executive Officer with two Public Companies, Co-Owner and CEO of a Family Bank Holding Company, CEO of the largest investment Banking Firm domiciled in Indiana, and served as a Board Member of the Indiana Bond Bank for 13 years. Russ holds a Bachelor of Arts from DePauw University.

Susan grew up in Crawford County and graduated from Milltown High School. With her husband, Mark, she now divides her time between Avon, Indiana and Leavenworth. A retired teacher, Susan spent 29 years in the Indianapolis Public School system and is thrilled to be part of the BML team. Her interests include reading (preferably nonfiction), gardening, nature walks, dancing, and games and puzzles.

Megan lives in Leaveworth with her husband, Whitney, and their 4 wonderful children. Megan and her family are very involved in the community, and when she isn’t homeschooling her kids, she’s likely to be found helping others. Megan is also very involved in BML’s programming. 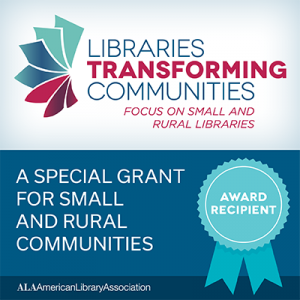 Stay Up-to-Date with the Latest at BML